“If your life is terrific at this moment, and if you expect it to go on being so, congratulations!”

That was the first line of the original StoryHealer website that introduced the book Change Your Story, Change Your Life and its concepts in 2011. Nobody who sees life this way needs that book. But in the world as it has changed since then it may be harder than ever to think of one’s life or even humanity’s future that way. Terrific? Hardly!

If you are feeling stressed, afraid, angry, or even teetering on the edge of hopelessness, you may well believe this is no story you’re telling, no story you’re responding to. It’s the reality that exists in your world. You see it, you feel it, and so does everybody else.

But storytelling lies at the center of all human experience in ways most of us don't realize. Rather than giving us freedom and power in our lives, unconscious storytelling often captures us in narrow, restricted, often painful places from which it may seem impossible to escape. Our stories become, in their effects on our lives, our absolute reality. That is both the bad and the good news. Because stories can be changed.

The message of “mind over matter” has been with us in many different versions for a long time. William James, who died in 1910, said “The greatest discovery of my generation is that man can alter his life simply by altering his attitude of mind.” But his generation’s “discovery” has somehow never made it into mainstream acceptance in the generations since.

When people are in pain, living in what feels like a dangerous, unpredictable, even hostile world, they are unlikely to think of that world as made up of stories they are telling themselves and each other, much less that there is a way to alter them that will alter their lived experiences.

Story Principle suggests that reality, a vast collection of individual storylines, is infinitely changeable, one story and one storyteller at a time. Each of us can begin to make changes in our own storyline that will inevitably begin to affect the storylines of others. In the vast Saga of humankind, we are all in this together.

Have you ever asked yourself that question? Or even suspected that you were both telling a story and living it?

This idea may challenge the common view that reality can be changed only by material processes and that we live our lives within it, subject to laws and physical forces we have little or no control over.
Story Principle does not suggest that your consciousness fully creates the material world you live in, but that it affects it as it creates your experiences in and your pathway through that world. As you begin to learn the power of the story you tell, and how to change it for the better, your experience of your life, including its challenges, will become ever more positive. And that change ripples out from your own experience to affect those around you.

As a writer of novels, I’m aware that as a story begins if the main characters manage to immediately get whatever they want, whenever they realize they want it, and if that continues to be the case, the reader will soon grow bored and stop reading. Stories actually require conflict. And contrast. The same is true of life. We may not enjoy the darkness and difficulties we inevitably encounter, but the stories we tell ourselves as we move through them are our choice, and those choices matter. Whatever struggles we face, positive intentions yield results that are as positive as possible.

It can take time, effort, and practice to put Story Principle to work in your daily life, but the book is designed to help you—one step at a time—to discover its power and begin to trust its effects. Never has the need for these strategies been greater if we are to move through the current levels of chaos, stay strong, and grow toward a more secure future.

- You may wish to sample Story Principle and see whether you can put it to work for you.
To purchase a copy of the book in print $16.95 or as a Kindle $4.99 from Amazon.com,
Amazon provides a preview you can check out before purchasing. 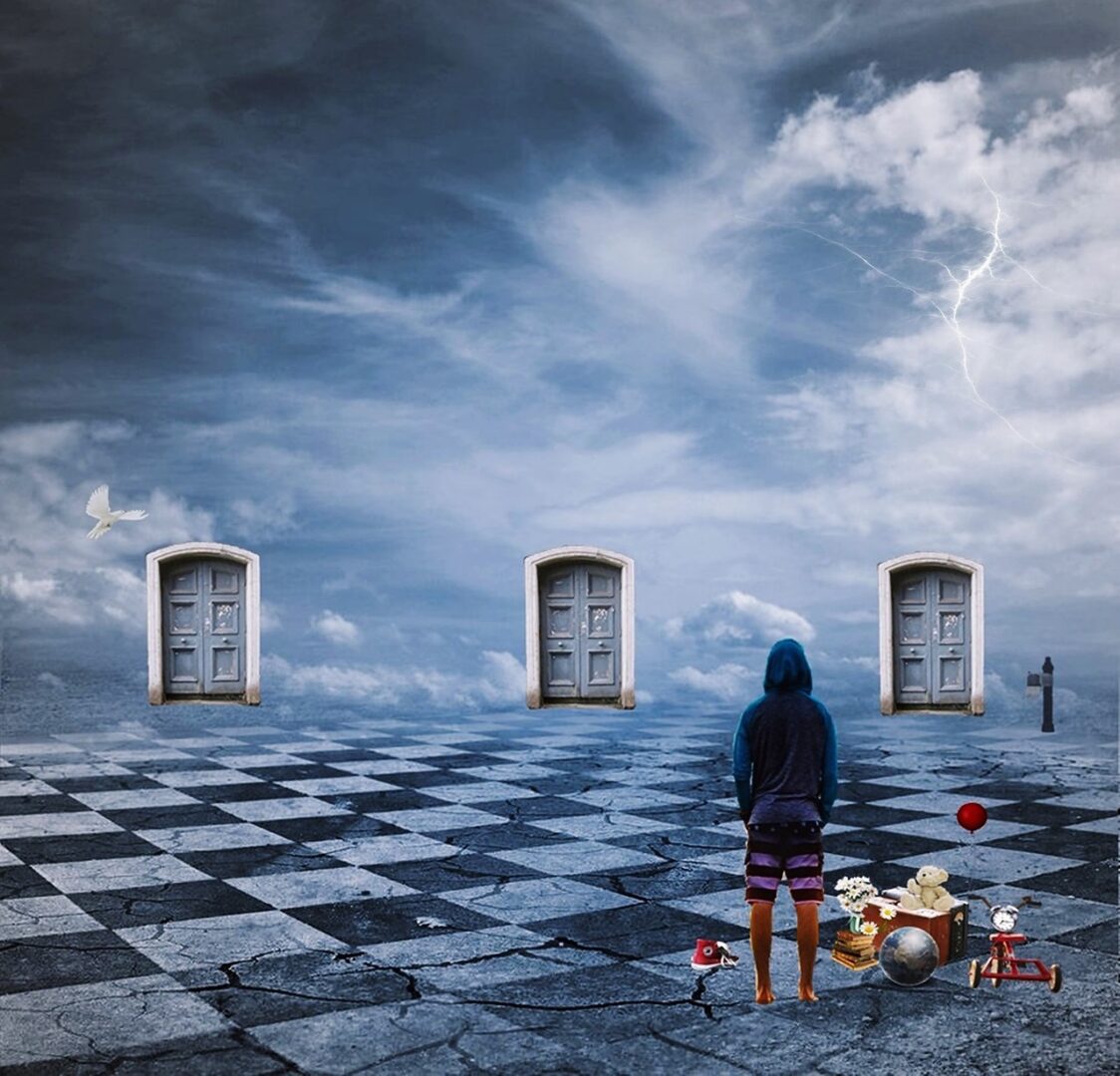 Take Note An Important Principle Not Included in the Book

“When Two or More Are Gathered Together…”

Joining with other storytellers to tell a particular story or individual versions of it with the same intent, increases that story’s power, speeds up, broadens, and strengthens its effects. We know that group actions can do that, but it is also true of focused group consciousness.

More than a Book Group

Creating a Story Group and using the energy of human consciousness in alignment with others (as Lynne McTaggart writes in The Power of Eight,*) whether it be just you and one other, or a unified Story Group, focusing intentions on an issue not only broadens and strengthens the effects but speeds them up. Especially if the members have begun using Story Principle for themselves, working together can become even more hopeful and satisfying. Groups can gather in person or online—it is the alignment of intentions that creates results.